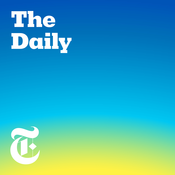 de
Bernie's Big Bet
The Obama coalition has become almost mythic within the Democratic Party for having united first-time voters, people of color and moderates to win the presidency in 2008. This year, Senator Bernie Sanders is betting that he can win with the support of young voters and people of color — but without the moderates. To do that, he’s counting on winning over and energizing the Latino vote. The ultimate test of whether he will be able to do that is in California, where Latinos are the single biggest nonwhite voting bloc. While young Latinos in California overwhelmingly support Mr. Sanders, to become the Democratic nominee, he will need the support of their parents and grandparents as well. Guests: .
The Impeachment Trial Begins
The impeachment trial of President Trump begins this morning. Today, we answer all of your questions about what will happen next — including how it will work and what is likely to happen. Guest: to the process.
The Russian Hacking Plan for 2020
At the heart of President Trump’s impeachment is his request that Ukraine investigate how his political rival, former Vice President Joseph R. Biden Jr., could be connected to an energy company called Burisma. New reporting from The Times suggests that Russian hackers may be trying to fulfill that request — and potentially hack into the 2020 election itself. Guests: , intensifying demands on Senate Republicans to include witness testimony and additional documents in the impeachment trial.
The Escape of Carlos Ghosn
Carlos Ghosn’s trial was poised to be one of the most closely watched in Japanese history — a case involving claims of corporate greed, wounded national pride and a rigged legal system. Then the former Nissan chief pulled off an unimaginable escape. Guest: , revealing the means by which the well-connected can evade legal accountability.
Why Australia Is Burning
Wildfires are devastating Australia, incinerating an area roughly the size of West Virginia and killing 24 people and as many as half a billion animals. Today, we look at the human and environmental costs of the disaster, its connection to climate change and why so many Australians are frustrated by Prime Minister Scott Morrison’s response.&nbsp; Guest: about the cause of the fires.&nbsp;
Mostrar mais

The Daily: Podcast do grupo

The Daily: Rádios do grupo