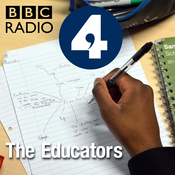 de
The First Teachers
The most important educator in most children's lives is their parents, and the first five years is deemed to be critical. Sarah Montague meets Margy Whalley, the co-founder of Pen Green Children's Centre and Research Base in Corby, Northamptonshire. For thirty years, the centre has been educating parents about the way their children behave and learn, and using the insights of parents and nursery staff to understand the learning process of every child. Ranked outstanding in every one of its Ofsted reports, Pen Green has influenced other centres and early years provision in the UK, and plays an ongoing role in early years research. Presenter: Sarah Montague Producer: Joel Moors.
The World's Best Teachers
Studies have shown that the most important thing in a child's education is the quality of their teacher. A child at a bad school with a good teacher can learn more than someone at a good school getting bad tuition. Doug Lemov has trained thousands of teachers in the UK in how to use their classroom time effectively - keeping children focused with the most subtle of techniques and gestures. His work is based on identifying the most successful teachers in the world, filming them, and studying their methods. He believes that weak teachers can be turned into strong performers, and that the children who benefit most a well-run classroom are those from the most disadvantaged families. Presenter: Sarah Montague Producer: Joel Moors.
Turning Schools Around
Schools in England have been warned that if they coast, rather than improve, they risk being closed down. Sarah Montague meets the new head teachers of a Birmingham secondary school involved in the so-called Trojan Horse scandal. Golden Hillock School re-opened in September with new leadership, and became Ark Boulton Academy , where some of the students have seen four different head teachers in four years. Now, principals David Gould and Herminder Channa plan to take the school out of special measures and introduce higher expectations for students, staff and parents. Their promise to students is that they will learn everything they need to go on to university or a career of their choice, but it will require focus, discipline and hard work from students, staff and parents. Presenter: Sarah Montague Producer: Joel Moors.
What Finland Did Next
Since the first international comparisons in 2000, Finland has been at or near the top of league tables for the abilities of its teenagers in reading, maths and science. Experts and politicians flocked to its schools to discover what was leading to its success, and came away with a picture of autonomous schools, children starting school much later than in the UK, and having no tests until their final year. What developed was seen by many as a myth surrounding Finnish education success, while the reality could be attributed to extensive teacher training, high quality lessons and a culture of literacy. But now, Finland is overhauling the way it teaches through 'phenomenon learning' - periods of the school year where learning isn't confined to single subjects, but students take on a broad topic and decide what, and how, they will learn. From 2016, it will be compulsory for all schools to teach with phenomenon projects, but Helsinki has already adopted it in the capital's schools. Sarah Montague interviews the city's Education Manager Marjo Kyllonen and visits a Helsinki school, to see the changes being made to a world-leading education system. Presenter: Sarah Montague Producer: Joel Moors.
Character Lessons
The KIPP school movement began 20 years ago in the US. It stands for Knowledge Is Power Program, and the schools focus on two things; academic achievement and building strength of character. They work in the most disadvantaged districts of New York, Houston and Los Angeles, where children have less than a 1 in 10 chance of completing a college degree, but their focus on character skills like grit, empathy and determination, is seen as the reason why half of KIPP students will graduate from college. Sarah Montague speaks to KIPP co-founder Dave Levin about how character is taught alongside traditional subjects, visiting KIPP Infinity school in Harlem and hearing from Kings Langley Academy - one of many schools in the UK that are exploring character teaching. Presenter: Sarah Montague Producer: Joel Moors.
Mostrar mais 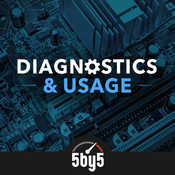 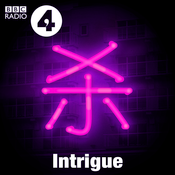 The Educators: Podcast do grupo

The Educators: Rádios do grupo