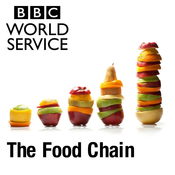 de
Coronavirus: Where did all the food go?
As coronavirus tightens its grip on the world, many of us are facing life in lockdown and are worried about food. Graihagh Jackson takes a journey along the global food supply chain - via her grandparents - to see how it is holding up so far through the crisis. We hear how supermarkets are responding to the strain of widespread stockpiling and panic buying and what implications this could have on the future of food shopping. Food giant Unilever reveals how they are weathering transport bottlenecks and are adapting production to cater to the 'post-virus' food penchants of different nations. As global lockdowns affect the flow of local and migrant labour forces we speak to one of Europe’s largest fresh food producers about how they will manage this season’s fruit and vegetable harvests; and the United Nations warns that cooperation by consumers and between countries is key, if we are to avert a global food crisis. If you would like to get in touch, please email thefoodchain@bbc.co.uk. (Picture: Woman stares at nearly empty supermarket shelves. Credit: Michel Porro/Getty Images/BBC)
How not to run a brewery
If you are a beer lover, the idea of running your own brewery might sound like the stuff of dreams. And it might seem like the perfect time to do it - an explosion of interest has seen craft breweries pop up in huge numbers in many parts of the world. But the industry is notoriously hard to crack. Expensive equipment, the space required for brewing, a need for big marketing budgets and fierce competition from other brands are all factors. Then there’s the hugely important, but rather subjective question of whether your beer actually tastes any good. Tamasin Ford speaks to three craft beer aficionados in the UK, USA and Brazil who all tried - and failed - to turn their hobby into a viable business. They talk about their hopes, hurdles and mistakes and whether the journey has affected their love for the amber nectar. If you'd like to get in touch with us about the show please email thefoodchain@bbc.co.uk. (Picture: Jon Cockley, Sergio Fraga and Carol Waggener. Credit: Handsome Frank, Sergio Fraga, Bold Missy Brewery, BBC)
The mystery of mukbang
What's the fascination with watching total strangers eat plate after plate of junk food? Is it a grotesque and irresponsible spectacle, or could it be a way to tackle loneliness, and even help some deal with their own food issues? Graihagh Jackson finds out what's fuelling the internet craze 'mukbang' and asks what it says about our attitudes to food and each other. An avid mukbang watcher explains how it gives her emotional and social connections she's lacking in her offline life, and also helps her resist the urge to eat foods she shouldn't. Performer Moxie Beast describes how she amplifies the sounds of her crunching and chewing to soothe her viewers, and how she tries to stay healthy while doing it. In South Korea, where mukbang started, we hear how mukbang is helping to forge digital communities at a time when many, especially the young, are living alone. Plus, a clinical psychiatrist talks us through his latest research into the links between mukbang and eating disorders.
The end of the road for street food?
Street food is one of the many charms of South East Asia, but there are signs this much-loved way of life and much-needed source of food is on the decline. We visit three of the region’s best-known street food areas – Bangkok, Singapore and Penang – to find out why. A food hawker in Bangkok tells us his family’s stall, like thousands of others, was forced off the streets as part of a government move to clean up the city. Plus, Graihagh Jackson hears how these changes could have serious consequences for the city’s residents, many of whom have no kitchens at home and rely on cheap street food for their daily meals. A family of street food vendors in Singapore, where the trade has been moved into enclosed food courts, tells us it’s long, hard and poorly-paid work, and that young people often have no interest in carrying on the tradition. And in Penang, Malaysia, a government move to preserve local dishes by banning foreign workers may have backfired by removing a source of cheap labour vital to keeping many vendors afloat. (Picture: A street food vendor in Bangkok, Thailand. Credit: Getty Images/BBC)
Fried chicken: Fast food champion
Fried chicken is loved the world over - it’s the most popular dish in global fast food, according to industry analysts, eclipsing even the burger. From Senegal to Singapore many countries have their own native twist on it, whether it’s covered in sesame seeds, battered in tempura or finished with a dunk in aioli. But what is it that makes fried chicken so appealing to so many different cultures? Graihagh Jackson speaks to three fried chicken shop owners from South Korea, the UK and South Africa to find out how battered poultry has come to achieve such global dominance. They explain how different cultures like their birds fried, how competitive the industry can be, and go deep into the science behind the perfect bite. We also learn how hard it can be to convince customers that fried chicken should be viewed as a gourmet meal, and priced accordingly, rather than a cheap, unhealthy snack. And how important is it to source the best possible meat, without going bust? Plus, is the smell of a deep fat fryer any good for your love life? (Picture: A hand holding a piece of fried chicken. Credit: Getty Images/BBC)
Mostrar mais 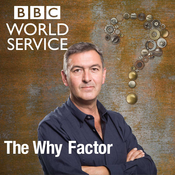 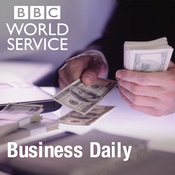 The Food Chain: Podcast do grupo

The Food Chain: Rádios do grupo