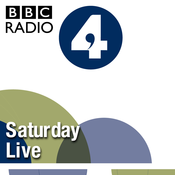 de
Gary Lineker
Aasmah Mir and Richard Coles are joined by former professional footballer turned sports broadcaster Gary Lineker. During his playing career he played for Leicester, Everton, Barcelona, Tottenham and Japanese side Nagoya Grampus Eight and was famously never booked. He has presented the BBC flagship show Match of the Day since 1999 and now has a 5Live Match of the Day (MOTD) podcast with fellow pundits Ian Wright and Alan Shearer, who meet up in Gary's kitchen for weekly debates about football. Roland Gift was the lead singer of 80’s chart-topping band Fine Young Cannibals and, following his debut role in Sammy and Rosie Get Laid, he went on to have a successful acting career. Roland has now written and is starring in Return To Vegas, a musical drama for BBC Radio 4. Clare Pooley is an author and the blogger behind Mummy was a Secret Drinker. Five years ago, despite appearing to be a glossy PR manager who had it all, she realised she was an alcoholic. But how do you tell the truth about your life? Clare started writing a blog charting her alcoholism and new sober life. Sharing the most difficult part of her story became the inspiration for her new novel, The Authenticity Project. Rachael Campey was experiencing bullying and mental health problems when she became pregnant as a teenager. Now 21, she has graduated from university and has been nominated for the Inspirational Individual gong in the Yorkshire Choice 2020 Awards for her work in mental health support. And actor Michelle Collins shares her Inheritance Tracks. Producer: Laura Northedge Editor: Eleanor Garland.
Sir Chris Hoy
Aasmah Mir and Richard Coles are joined by six time Olympic Champion, Sir Chris Hoy, who discusses the inspiration behind his career, retirement and writing children’s books. Ruth Linton is a grandmother from Manchester who became a stand up comedian after being treated for a brain tumour. Saturday Live listener and former high-flying police officer James Ellson reveals why he left the challenging streets of Moss Side to become a smallholder and writer of crime fiction and actor Mim Shaikh discusses why he joined a pilgrimage from Belgrade to Istanbul. Plus broadcaster Johnnie Walker shares his inheritance tracks. Producer: Steven Williams Editor: Eleanor Garland
Bob Geldof
Aasmah Mir and Richard Coles are joined on the line by Sir Bob Geldof, of The Boomtown Rats, who left Dun Laoghaire for London, became known for punchy hits and outspoken interviews, then creating Band Aid and Live Aid. We also have Kelda Wood, who, in her mid twenties suffered a life changing injury and she has just become the first para athlete to row solo across the Atlantic. Derrick Osaze is ‘the punching preacher’ – last year he became Ultimate Boxxer III middleweight champion and was ordained as a minister. He joins us. Mary Wood, on her experience as a police officer of looking after a foundling for 24 hours, 25 years ago. And the inheritance tracks of Martina Cole who chooses Galway Bay, performed by Ruby Murray and Word on a Wing by David Bowie And your thank yous. Producer: Corinna Jones Editor: Eleanor Garland
Neil Morrissey
Neil Morrissey became a household name in the 1990’s playing Tony in sitcom Men Behaving Badly. As the voice of Bob the Builder he had two number one singles in the UK Charts and now combines acting with running pubs. Alice Morrison is an adventurer who lives and (mostly!) explores in Morocco. She was previously a BBC news editor. She’s travelled extensively in the region, most recently completing a 78-day trek across the Saharan desert with three Berber companions and six camels, receiving help from nomads, and walking through areas of quicksand and landmines. As a teenager who was suffering from depression, Matt Wesolowski was drawn to goth culture and wrote fiction involving vampires and monsters. He is now a bestselling author but has kept his day job teaching English to young people in Pupil Referral Units. Nadia Finer is a business coach with a small voice. The kind of small voice that once made another mum at the school gates tell her own mum that ‘she ought to get that sorted out’, and which led to Nadia avoiding speaking in public for most of her adolescence and twenties. Now she’s embracing her shyness and by founding the Shy and Mighty Society and challenging herself to live in a bigger way. And singer Jane McDonald shares her Inheritance Tracks - Downtown by Petula Clark and Bohemian Rhapsody by Queen. Producer: Laura Northedge Editor: Eleanor Garland
Jo Whiley
Jo Whiley joins Aasmah Mir and the Rev Richard Coles. Jo presents on Radio 2 and from Glastonbury, as well as pursing her passion for gardening. A competitive swimmer in her youth, she is about to take on the triathlon for Sport Relief. Saturday Live listener Deborah Rowland, who trained as an archaeologist and an anthropologist, describes how she uncovered her own human heritage when she tracked down her birth parents. When Ryan Riley’s mum Krista was diagnosed with terminal small cell lung cancer, he cared for her for two years. In that time chemotherapy and radiotherapy dulled her sense of taste and she couldn’t enjoy food. After she died, Ryan had a life changing moment and decided to set up a cookery school for people like his mum. Adapted from his memoir, Greetings From Bury Park, the feature film Blinded by the Light tells the story of Javed (Sarfraz Manzoor), a British Muslim teenager growing up in Luton and how he finds inspiration and hope in the unlikely form of Bruce Springsteen. Sarfraz explains how this has inspired his new show at the Leicester Square Theatre, Blinded by the Light – The True Story. Dame Kristin Scott Thomas shares her Inheritance Tracks – These Boots Are Made for Walkin’, by Nancy Sinatra; and The Planets - Mars, The Bringer Of War, by Holst. Producer: Louise Corley Editor: John Goudie
Mostrar mais